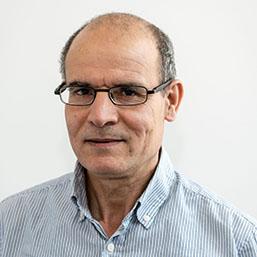 Abdel graduated with a BSc in Life Sciences while in Algeria and moved to the INPL in Nancy, France to complete his MSc and PhD in 1990 and 1994 respectively. Abdel studied and published extensively on bacterial endospore peptidoglycan structures (1994-2001) and in 2001 joined the group of Professor Mike Ferguson in Dundee to focus on the characterisation of glycan structures of Trypanosoma brucei flagellar pockets. In 2005 he moved to the University of Liverpool to purify and characterize complex heparin sulphate structures. Then in 2007 Abdel moved back to Dundee to join the TMRC where his research focused on using mass spectrometry for the discovery and validation of Biomarkers. Abdel joined the FingerPrints Proteomics Facility in August 2010.